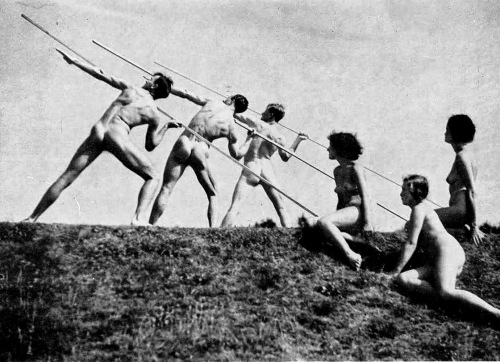 In communist society, where nobody has one exclusive sphere of activity but each can become accomplished in any branch he wishes, society regulates the general production and thus makes it possible for me to do one thing today and another tomorrow, to hunt in the morning, fish in the afternoon, rear cattle in the evening, criticise after dinner, just as I have a mind, without ever becoming hunter, fisherman, herdsman or critic. 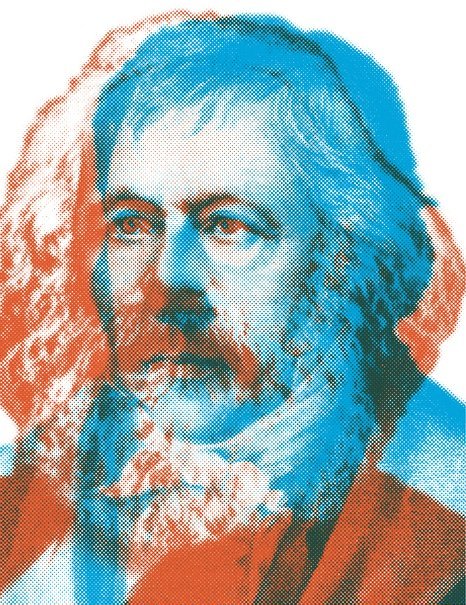 The truth is the whole. However, the whole is only the essence completing itself through its own development. This much must be said of the absolute: It is essentially a result, and only at the end is it what it is in truth. Its nature consists precisely in this: To be actual, to be subject, that is, to be the becoming-of-itself. As contradictory as it might seem, namely, that the absolute is to be comprehended essentially as a result, even a little reflection will put this mere semblance of contradiction in its rightful place. The beginning, the principle, or the absolute as it is at first, that is, as it is immediately articulated, is merely the universal. But just as my saying “all animals” can hardly count as an expression of zoology, it is likewise obvious that the words, “absolute,” “divine,” “eternal,” and so on, do not express what is contained in them; – and it is only such words which in fact express intuition as the immediate. Whatever is more than such a word, even the mere transition to a proposition, is a becoming-other which must be redeemed, that is, it is a mediation. However, it is this mediation which is rejected with such horror as if somebody, in making more of mediation than in claiming both that it itself is nothing absolute and that it in no way exists in the absolute, would be abandoning absolute cognition altogether.

Mapping an anticapitalist counter-logistics in California

The post-Occupy stagnation of class struggle within the US context is becoming increasingly typified, in this period of ever deepening crisis, by a rather simplistic dual nature. The more radical milieus that emerged in the midst of Occupy, those that precipitated the emergence of a political non-subject, the refusal to enter into an articulable “political” discourse, the intentional lack of “political” demands, etc. have retreated into a period of convalescence, through which hopefully will emerge more critical self-reflection and evaluation of the post-Occupy landscape. On the other hand, the more traditional leftist elements within Occupy, those that felt the need to frame their struggles in purely positive prefigurations (e.g. direct democracy advocates, certain political reforms, calling for political and economic accountability, a tempering of capital – not its abolition) have ushered in a series of reactionary forays back into a politics which grotesquely repeats old narratives of identity politics and/or single-issue reform. That this bifurcated nature of the current antagonism aligned against capital presently exists in the North American context, should come as no surprise since this binary was inherent in the generalized functioning of Occupy from its inception. There was a clear rift between what seemed like metaphysical sets of qualities and temperaments, which concretely manifested as very different sets of politics and/or antipolitics. Reductively (admittedly problematic), this split, this Janus of Occupy, could be interpreted as a series of contradictions that effectively formed into the limits of that struggle: prefiguration vs. abolition, prescriptive language vs. refusal of discourse, affirmative politics vs. negative antipolitics, and perhaps most contentiously, as Zuccotti Park vs. Oscar Grant Plaza.

The claim that Occupy ushered in questions of class and wealth into the forefront of the American popular consciousness is not enough, for it presupposes that counter-ideological consciousness-raising is in and of itself revolutionary. In the current crisis, the restructuring of globalized speculative capitalism in this age of neoliberal austerity, the raising of revolutionary consciousness seems inherently redundant. False consciousness is a meaningless concept now, as most proletarians (our understanding of the term broadly being all those excluded from the means of production, not only those that sell their labor-power) will recognize something fundamentally wrong with the social, economic, and political relations under the capitalist mode of production, yet even with this understanding we cannot extricate ourselves from our roles in the maintenance and reproduction of these relations by our counter-ideological will alone. This is one of the fundamental ironies about the current crisis; we viscerally feel the weight of capital’s increasing exploitation and can identify it as such, yet we still have not been able to overcome our implication in its prolongation and reproduction.

In the context of Occupy, consciousness-raising stopped at merely calling attention to the widening income gap in the United States. It couldn’t move from superficial condemnations of wealth inequality to cogently theorizing disruptions to the production of surplus-value and the accumulation of capital, let alone the abolition of the value-form in its entirety. This is not surprising, given the dissolution of all pretense towards class identity, the decline of American manufacture and the transition into pure post-Fordism, the rise of service work and immaterial labor, the rise of indentured servitude via the debt relation, increasingly precarious labor, and of course the persistent ideological conception of capitalism as the end of history with no alternative. Faced with these relatively deterministic qualifiers, it would simply be idealistic revisionism to impart a much more radical reading of Occupy’s potential than there actually was. That said we are concerned with taking from Occupy’s demise the fragmentary remains of certain tactics in their stillborn form. While they failed to become extensively generalized both within the moment and the immediate aftermath of Occupy (hence aborting their ability to become communising measures), the tactics we are choosing to excise and examine from that context are those that seem, theoretically of course, to possess a certain dormant potentiality. Admittedly, this process is purely speculative, as in any tactical translation from one unique moment with its own exigencies to another moment not yet manifested can only be one of conjecture (prefiguration encounters limits, theory informed by praxis supersedes them). This essay is merely a set of interrelated questions-without-answers about the potential to disrupt the valorization of capital in the present post-Occupy US context. If they are to be answered at all, the answers are only to be found in our generalized direct confrontation against capital and its abolition, in the immediate process of the production of communism itself.

END_OF_DOCUMENT_TOKEN_TO_BE_REPLACED 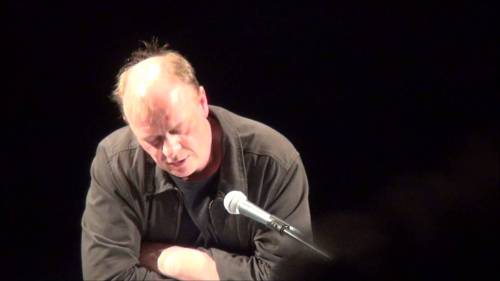 The capitalist state is the first in human history with no direct access to the material product of labour. The subordination of social relations to the capitalist state is characterised by impersonal or abstract forms of dependency in terms of law and money. Within the framework of bourgeois freedom, “individual” freedom is the freedom of contract between equals regardless of their inequality in property. The law in its abstract majestic form treats poor and rich as equals. It treats the owners of the means of production and the free labourer as identical subjects, as legal subjects. The law is blind to privileges. It is a law of equality. Contractual relations represent the form in which, according to law, freedom obtains in the form of a legally bound recognition of private individuals in their relation to one another. The contract is the juridical form of freedom—the master of the contract is the state. Neither does the law “announce” itself as if it were a force in its own right. Nor does the law “enforce” itself. The law requires the maker of the law to fill it with material force, that is to implement it indiscriminately, imposing upon social relations the abstract quality of their existence as personifications of formal equality. The capitalist state rests on the social constitution of these rights and protects them through the regulation of law and money. This, then, is the subordination of social relations to the law of private property, that is equality, freedom and Bentham. The treatment of all as equals before the law characterises the form of the state as an “illusory community” (cf. Marx and Engels, 1962). It treats the real existing individual as constituted “character-masks” or “personifications” (on this: Marx, 1983), and espouses the interest that is common to all character-masks: their universal existence for each other as a resource, as a utility.

Something better than the nation?

In the wake of the fall of the Wall and reunification the German left confronted a resurgent nationalism. One section of the Left’s response was an “anti-national” tendency whose answer to questions posed by historical developments challenged received political categories by rejecting not only nationalism but, ultimately, traditional left attitudes towards both the nation-state and “the people.” In Against the Nation, Rob Ogman charts the emergence of this “anti-national” tendency by examining two activist campaigns of the 1990s, “Never Again Germany” and “Something Better than the Nation,” to show how “the encounter with nationalism resulted in a fundamental reorientation of a broad set of political assumptions, and produced a deep restructuring in the content and contours of left politics and practice” (11). However, more than an interesting window into radical movements in Germany, the book’s real strength is that it uses these cases to reflect upon left discourse on nationalism and nation-states everywhere, but with particular emphasis on the post-9/11 United States.

The book’s opening chapter, “The Left and the Nation,” begins by tracing the evolution of left positions on nation-states and nationalism in the U.S. since the 1990s, examining discursive continuities and breaks between the alter-globalization movement, the anti-war and anti-imperialist movements of the Bush years, up to Occupy Wall Street in the recent past. This overview describes how a “binary worldview” in the alter-globalization movement often pitted presumably benign nation-states and cultures against the ravages of global capital, which later during the War on Terror morphed easily into a similarly uncritical understanding of “oppressed nations” dominated by imperialist states, the latter primarily represented by the United States and Israel. The result was a simplistic and flawed conceptualization of both global capitalism and state power which demonized foreign capital and imperialist states while ignoring or downplaying domestic forms of exploitation and oppression. Valorizing the people, nation, or “culture” as sources of resistance, the discourse of anti-imperialism turned a blind eye to local state and capitalist elites, as well as popular forms of domination in traditional societies. It also made for strange political bedfellows, translating into tolerance and support for reactionary movements and parties, especially Islamist ones like Hamas and Hezbollah, in some cases even defending oppressive theocratic regimes like Iran. Ogman describes how this political frame obscured a more complicated political reality shaped by the deeper structural logic of state and capitalist power relations, one that undermines simple inside/outside distinctions. It also reinforced the nation-state and “the people” as the logical alternatives and unproblematic bases of resistance to the ills of capitalism and empire. By tracing “the failure of the Left to develop an emancipatory perspective opposed to nationalism, the nation, and the nation-state” (33) within the U.S. Left, Ogman provides a political context for understanding the German case that follows.

END_OF_DOCUMENT_TOKEN_TO_BE_REPLACED 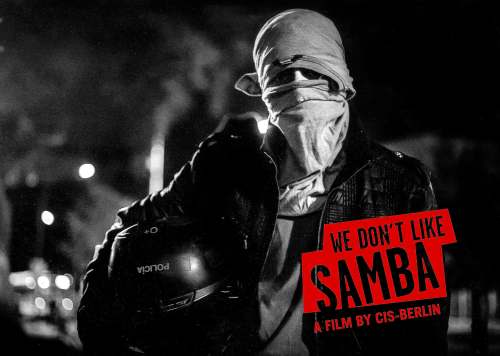