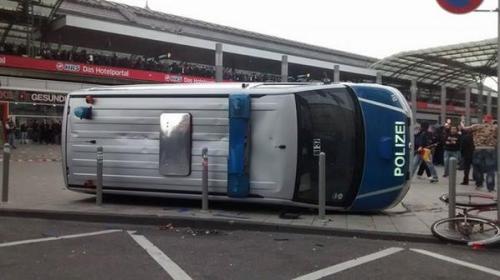 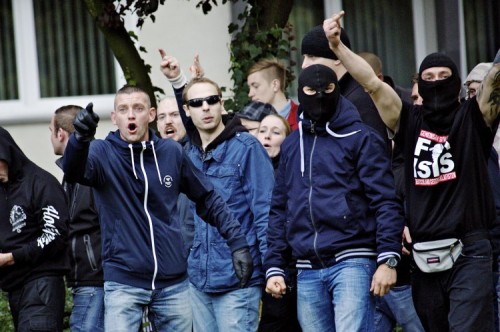 Over 4,000 nazis organized a march to promote their ideology in Cologne, using ISIL terror as motivation to gather more supporters for “white christian Europe”. It was the biggest nazi rally in years in Germany. They attacked people and anti-fascists counter-protesting to warn against them using ISIL extremism so they can inflict their terror on non-whites in Europe. Initially there were 3,000 nazis, their number grew as cops allowed them attack antifascists, who gathered in a counter-demonstration to oppose them spreading their ideology. Even after the nazis attacked cops too, the riot police still went after the antifascists who were beaten by nazis, investigating them, trying to intimidate them. Basically cops criminalized the victims of the nazis, because they were standing against fascism. This speaks volumes about the role of the cops in allowing extremism raise. Even with thousands of nazis on the streets, mainstream media still covered up for them, hiding their ideology and presenting them as simple “hoolingans”, and lying cops kept their violence “under control”.