So, you go to college. Or send your kid to college. You get married and pledge to support each other in sickness and in health. You have a baby. You buy a house by the shore with a thirty year mortgage. You plan for retirement, sacrificing a portion of current income to do so. You invest in a well-rounded portfolio. You take a job, to climb the career ladder it makes available. You replace the roof on your house. You play basketball in college, hoping to become an NBA player or a coach. You write a new book with an eye-catching cover.

As you proceed lobbyists pursue legislation to make inattentive taxpayers support and subsidize financial speculation. A new consulting firm is launched. A neighborhood association allows only roof replacements designed to last a hundred years or more. A church or temple is built out of marble by parishioners. A military base is established in a foreign country. A highway system is upgraded. Fracking becomes widespread to increase the world’s oil supply. A pipeline is built to carry shale oil across a continent over an aquifer that provides water for a dry expanse of territory.

These intertwined decisions, activities and projects are future oriented. Some are oriented to a future twenty years away; others are set on longer time lines. Planning for a future taken to be similar in structure to today. The dilemma of today, however, is that we build for a future widely sensed to be a chimera. How does such a dilemma hold? Oil and coal companies, the right edge of evangelicalism, high end investors, and Fox News help to secure it, all pushing projects that many know are unsustainable. Those are powerful sources. But the dilemma runs deeper.

In the contemporary condition things combine to make many people into zombies taking revenge on a future they can neither avoid nor accept. Yes, zombies. The zombie, originating as a phenomenon during the horrors of Haitian slavery, is a dead being revived sufficiently to be relentless but not enough to be alive. Today, in popular guise, it is a being who was oppressed, who died and is now partially revived, who adheres to a single course of revenge, who acts as if it is drugged, and who can easily infect others with its malaise. Zombies move relentlessly in a haze. 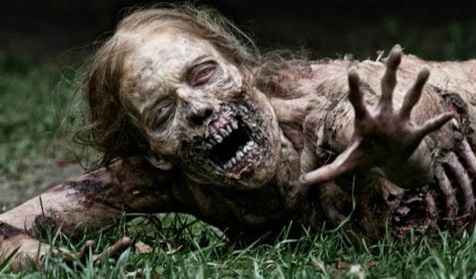 The zombies of today sense that we must change the pivots of a massive civilization of productivity but cannot find modes of action to do so. Sure, many geologists, climatologists, oceanographers and a few politicians issue warnings. A growing number of academics, churchgoers and everyday citizens also sound alarms and call for radical change, as demonstrated by the recent, huge climate marches in several cities around the world. But these voices are beaten down. Too many workers, parents, entrepreneurs, university presidents, churchgoers, voters, and economists stay on the same course. They are drugged, though not with the neurotoxin from pufferfish rumored to have been the drug distributed to Haitian zombies.

The neurotoxin of today is a double bind. To step away from the crowd to act resolutely on several fronts about climate change is to risk careers, reputations and friendships; to refuse to do so is to make things worse for those who follow. That is the first bind. But we speak here of a Double Bind. The second bind is tough too: if you talk about the first bind much, or act to break it, you risk friendships, reputation, an upsurging career and comfort in the world. You become troublesome. This, then, is the Double Bind that forges a zombie syndrome during the age of the Anthropocene.

At an adult dinner out a week ago, we talked briefly about the Obama agreement with China on climate change. I then dared to ask the relatives assembled whether the idea of the Anthropocene made sense to them. “Did you say Anthropussy”?, a husband and father of two school children asked. He elicited laughter. The conversation moved on. To have entertained the question would have been to receive a call to act resolutely as a parent entangled with the future of his children. Caught in a double bind the pressure is on to brush away the issue.

Zombies of today are oppressed by the future they are constrained to build. 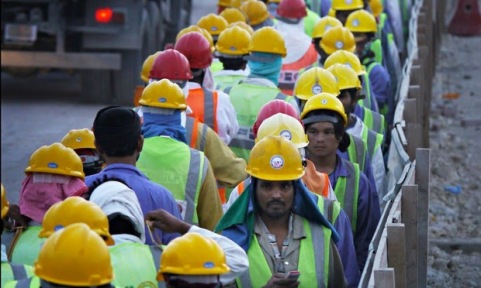 The zombie syndrome renders it difficult to pursue a new course, to say the least. It is simultaneously a serious syndrome, one that must be grasped sympathetically, and one we must struggle to break. To be sympathetic to it is to acknowledge how difficult and paradoxical it is to both push for a massive change of course and to participate in manifold aspects of daily life that advance the old course. To break the hypnosis of the zombie you must, for instance, face the charge of hypocrisy. So enervation and deferral set in. The old ideals of capitalism and communism–those contending promises for a future of abundance and mastery designed to secure the loyalties of stratified populations–have lost their credibility. But there is little else on the horizon to move, inspire, or inform us.

We know, if we allow ourselves to think about it, that many low-lying areas will be flooded within a couple of decades and that the interior of most continents will become unbearably hot during the summer. We sense–if we can force ourselves to think–that these cataclysmic changes are apt to be accompanied by massive attempts at population migration trumped by the virulent drives of highly militarized states to secure their borders by any means possible. We imagine–if we extrapolate one step further–that the combination of rapid climate change, forced population migrations, and widely distributed nuclear arsenals could issue in a cataclysm.

But the double bind squeezes such proto-thoughts as they struggle to gain a foothold. How could you pursue the future course we are on if you entertain such thoughts? So we plod along. Zombies walk into wildfires, driven by a trajectory in which they cannot invest. But is the very fact that many have become zombies also, perhaps, a sign of hope? It at least signifies a lived precarity now attached to old images of the future. Indeed, Pascal’s wager over whether God exists has now morphed into one over how long humanity will survive. So precarity and possibility jostle around together. 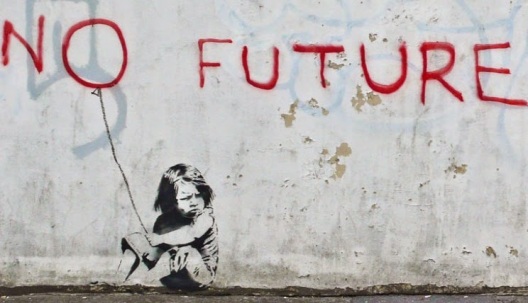 Sure, there are also vampires, those among the corporate and financial aristocrats who suck blood from others while there is still time to do so. Vampires arise from dying aristocracies; zombies from those oppressed by the future the vampires help to promote. Zombies struggle so hard to make ends meet in the current regime that they lack the energy to interrogate its priorities, even if they have lost faith in them. An inertia of thought joined to a meltdown of action. It is never that timely to challenge a twisted imaginary of the future if you are caught in a double bind. Indeed, while Anthropocenic activists grow by the day, many of us also detect a zombie strain in ourselves. It is infectious.

How do you cure a civilizational double bind? I have not encountered anything in my brief review of zombie literature to answer that question. I continue to think that perhaps the key is to search for residual sources of liveliness and earthly attachments circulating below the threshold of zombiness. Since the double bind is replete with fissures and obscure openings, perhaps a series of electric shocks will bring zombies to life. 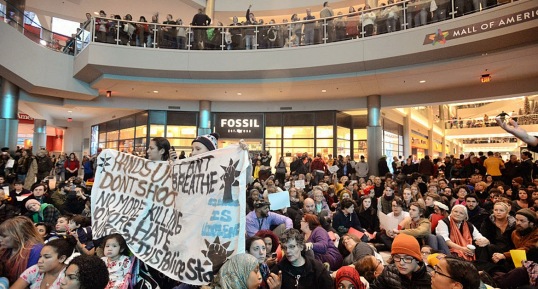 If a revival occurs, another task will arise: to maintain the swarming strategies that both make a difference in themselves and insulate us from lapsing into the default state of the zombie. To fend off zombiness it is necessary to take a few hesitant steps at first, to adjust a few role practices, to make some pronouncements in public, to take a stand here and there. Pushing upon fissures and cracks in the double bind that manufactures the syndrome. Once a new liveliness is fomented, we can think what to do from there.

Football Uprising is a new blog on football, ultras, politics and revolution by Ralf Heck. It has a ton of resources, articles, links, photos and videos on ultras in Egypt, Turkey, Germany, Spain, UK and more. Check it out NOW, you leberwursts.