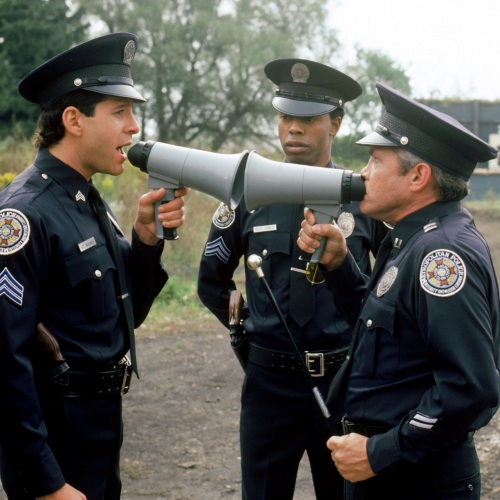 I was shooting heroin and reading “The Fountainhead” in the front seat of my privately owned police cruiser when a call came in. I put a quarter in the radio to activate it. It was the chief.

“Bad news, detective. We got a situation.”

“What? Is the mayor trying to ban trans fats again?”

“Worse. Somebody just stole four hundred and forty-seven million dollars’ worth of bitcoins.”

The heroin needle practically fell out of my arm. “What kind of monster would do something like that? Bitcoins are the ultimate currency: virtual, anonymous, stateless. They represent true economic freedom, not subject to arbitrary manipulation by any government. Do we have any leads?”

“Not yet. But mark my words: we’re going to figure out who did this and we’re going to take them down … provided someone pays us a fair market rate to do so.”

“Easy, chief,” I said. “Any rate the market offers is, by definition, fair.”

He laughed. “That’s why you’re the best I got, Lisowski. Now you get out there and find those bitcoins.”

END_OF_DOCUMENT_TOKEN_TO_BE_REPLACED 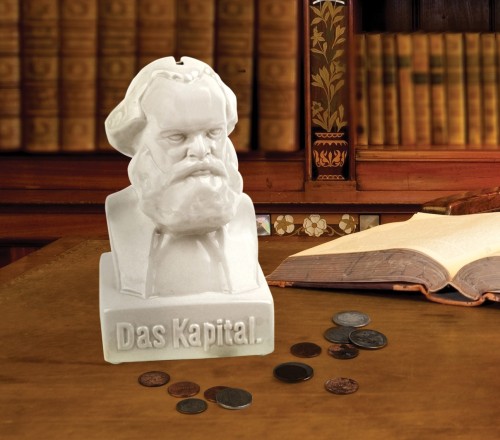 Michael Heinrich, 150 Years of Capital-with No End in Sight. Unsystematic Remarks on a Never-ending Story

Moishe Postone, The Current Crisis and the Anachronism of Value: A Marxian Reading

Martha Campbell, Marx’s Transition to Money with no Intrinsic Value in Capital, Chapter 3

Geoff Pfeifer, The Question of Capitalist Desire: Deleuze and Guattari with Marx

Circle of Studies of Idea and Ideology (CSII), Organization and Political Invention

Guido Starosta, Fetishism and Revolution in the Critique of Political Economy: Critical Reflections on some Contemporary Readings of Marx’s Capital

Fred Moseley, M- C- M’ and the End of the ‘Transformation Problem’

Todd McGowan, The Particularity of the Capitalist Universal

Rebecca Carson, Fictitious Capital and the Re-emergence of Personal Forms of Domination

Jason Read, Man is a Werewolf to Man: Capital and the Limits of Political Anthropology

Mike Grimshaw, Proof-texting Capital via the ‘short-circuit’: a religious text?

Gabriel Tupinambá, Totalization as critique: a review of Marxism and Psychoanalysis: In or Against Psychology|David David Pavón-Cuéllar

Notes on this issues’ contributors

I see her first while the Mexicana 727 is barreling down to Cozumel Island. I come out of the can and lurch into her seat, saying “Sorry,” at a double female blur. The near blur nods quietly. The younger one in the window seat goes on looking out. I continue down the aisle, registering nothing. Zero. I never would have looked at them or thought of them again.

Cozumel airport is the usual mix of panicky Yanks dressed for the sand pile and calm Mexicans dressed for lunch at the Presidente. I am a used-up Yank dressed for serious fishing; I extract my rods and duffel from the riot and hike across the field to find my charter pilot. One Captain Estéban has contracted to deliver me to the bonefish flats of Belize three hundred kilometers down the coast.

Captain Estéban turns out to be four feet nine of mahogany Maya puro. He is also in a somber Maya snit. He tells me my Cessna is grounded somewhere and his Bonanza is booked to take a party to Chetumal.

Well, Chetumal is south; can he take me along and go on to Belize after he drops them? Gloomily he concedes the possibility—if the other party permits, and if there are not too many equipajes.

END_OF_DOCUMENT_TOKEN_TO_BE_REPLACED 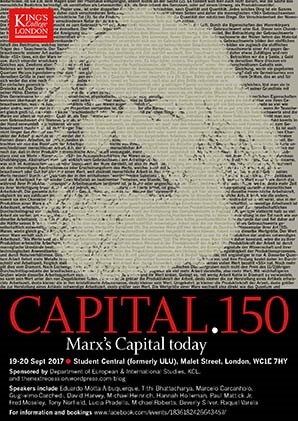 The Department of European and International Studies (School of Politics & Economics, King’s College London), along with the www.thenextrecession.wordpress.com blog, organised a major international conference – titled Capital.150: Marx’s ‘Capital’ Today – to mark the 150th anniversary of the publication of Karl Marx’s text Capital: A Critique of Political Economy. The conference took place on 19-20 September, 2017.

It attracted from around the world some of the leading scholars and research networks in the field. There were lively debates among speakers and audience on the roots of the global economic and financial crisis, contemporary imperialism, and the prospects of global capitalism. David Harvey and Michael Roberts debated how to map the terrain of anti-capitalist struggles in the plenary of the evening of September 19. The same topic re-emerged throughout the conference as participants investigated the nature of the present political conjuncture and the prospects for the labour movement.

END_OF_DOCUMENT_TOKEN_TO_BE_REPLACED

In the desert Southwest of 2030 Big Daddy Drought runs the show, California claims all the water, and a water tick named Lolo ekes out a rugged living removing tamarisk.

A big tamarisk can suck 73,000 gallons of river water a year. For $2.88 a day, plus water bounty, Lolo rips tamarisk all winter long.

Ten years ago, it was a good living. Back then, tamarisk shouldered up against every riverbank in the Colorado River Basin, along with cottonwoods, Russian olives, and elms. Ten years ago, towns like Grand Junction and Moab thought they could still squeeze life from a river.

Lolo stands on the edge of a canyon, Maggie the camel his only companion. He stares down into the deeps. It’s an hour’s scramble to the bottom. He ties Maggie to a juniper and starts down, boot-skiing a gully. A few blades of green grass sprout neon around him, piercing juniper-tagged snow clods. In the late winter, there is just a beginning surge of water down in the deeps; the ice is off the river edges. Up high, the mountains still wear their ragged snow mantles. Lolo smears through mud and hits a channel of scree, sliding and scattering rocks. His jugs of tamarisk poison gurgle and slosh on his back. His shovel and rockbar snag on occasional junipers as he skids by. It will be a long hike out. But then, that’s what makes this patch so perfect. It’s a long way down, and the riverbanks are largely hidden.

It’s a living; where other people have dried out and blown away, he has remained: a tamarisk hunter, a water tick, a stubborn bit of weed. Everyone else has been blown off the land as surely as dandelion seeds, set free to fly south or east, or most of all north where watersheds sometimes still run deep and where even if there are no more lush ferns or deep cold fish runs, at least there is still water for people.

END_OF_DOCUMENT_TOKEN_TO_BE_REPLACED

The Case Against Civilization 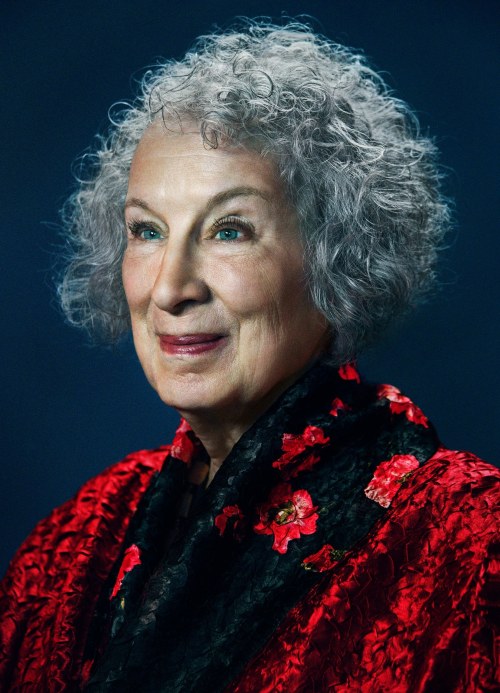 1. In the first age, we created gods. We carved them out of wood; there was still such a thing as wood, then. We forged them from shining metals and painted them on temple walls. They were gods of many kinds, and goddesses as well. Sometimes they were cruel and drank our blood, but also they gave us rain and sunshine, favourable winds, good harvests, fertile animals, many children. A million birds flew over us then, a million fish swam in our seas.

Our gods had horns on their heads, or moons, or sealy fins, or the beaks of eagles. We called them All-Knowing, we called them Shining One. We knew we were not orphans. We smelled the earth and rolled in it; its juices ran down our chins.

2. In the second age we created money. This money was also made of shining metals. It had two faces: on one side was a severed head, that of a king or some other noteworthy person, on the other face was something else, something that would give us comfort: a bird, a fish, a fur-bearing animal. This was all that remained of our former gods. The money was small in size, and each of us would carry some of it with him every day, as close to the skin as possible. We could not eat this money, wear it or burn it for warmth; but as if by magic it could be changed into such things. The money was mysterious, and we were in awe of it. If you had enough of it, it was said, you would be able to fly.

3. In the third age, money became a god. It was all-powerful, and out of control. It began to talk. It began to create on its own. It created feasts and famines, songs of joy, lamentations. It created greed and hunger, which were its two faces. Towers of glass rose at its name, were destroyed and rose again. It began to eat things. It ate whole forests, croplands and the lives of children. It ate armies, ships and cities. No one could stop it. To have it was a sign of grace.

4. In the fourth age we created deserts. Our deserts were of several kinds, but they had one thing in common: nothing grew there. Some were made of cement, some were made of various poisons, some of baked earth. We made these deserts from the desire for more money and from despair at the lack of it. Wars, plagues and famines visited us, but we did not stop in our industrious creation of deserts. At last all wells were poisoned, all rivers ran with filth, all seas were dead; there was no land left to grow food.

Some of our wise men turned to the contemplation of deserts. A stone in the sand in the setting sun could be very beautiful, they said. Deserts were tidy, because there were no weeds in them, nothing that crawled. Stay in the desert long enough, and you could apprehend the absolute. The number zero was holy.

5. You who have come here from some distant world, to this dry lakeshore and this cairn, and to this cylinder of brass, in which on the last day of all our recorded days I place our final words:

Pray for us, who once, too, thought we could fly.

The following letter (dated 04.09.69) led to the dissolution of the group that had begun to form on the basis of the positions set forth in Invariance. The letter opened an important area of reflection and debate that has gone on since, certain conclusions of which have already been discussed in “Transition”, no. 8, série 1.

Although certain points raised by the letters have been partially dealt with, others have hardly been touched upon. That’s why it’s necessary-given the importance of making a more clean break with the past-to publish it now. Our publishing it should enable the reader to appreciate the work accomplished thus far, and what still remains to be done.