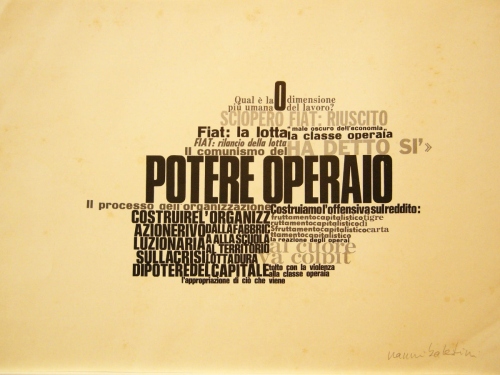 Nanni Balestrini was born in Milan in 1935. Known both as an experimental writer of prose and verse and as a cultural and political activist, he played a leading role in avant-garde writing and publishing in the sixties. His involvement with the extra-parliamentary left in the seventies resulted in terrorism charges (of which he was subsequently acquitted) and a long period of self-imposed exile from Italy.

For a brief explosive period in the mid-1970s, the young and the unemployed of Italy’s cities joined the workers in an unexpectedly militant movement known simply as Autonomy (Autonomia). Its “politics of refusal” united its opponents behind draconian measures more severe than any seen since the war.

Nanni Balestrini, the poet of youth rebellion, himself a victim of that repression, has invented a remarkable fictional form to express the hopes and conflicts of the movement. In spare but vivid prose, The Unseen follows Autonomy’s trajectory through the eyes of a single working-class protagonist—from high-school rebellion, squatting and attempts to set up a free radio station to arrest and the brutalities of imprisonment. This is a powerful and gripping novel: a rare evocation of the intensity of commitment, the passion of politics.The Unseen is also available for purchase at Verso here. 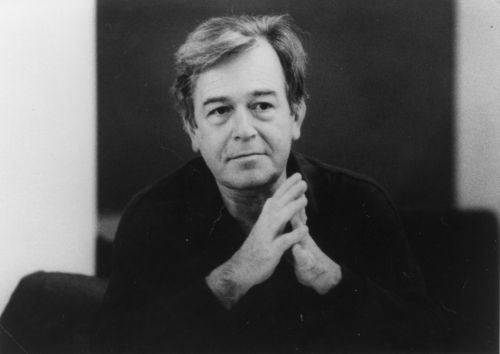 Nanni Balestrini, author of the intoxicating and maddening novel The Unseen, returns with yet another brilliant piece about class struggle in Europe. After a period of internment at a Nazi prison camp, Balestrini’s narrator takes a job as a miner in the town of Carbonia — from Germany to Italy to Australia, Balestrini’s narrator remembers fighting with comrades against Nazi prison guards, cops, bosses, and scabs.

Nanni Balestrini’s fictionalized account of the Hot Autumn, in which a young worker from Italy’s impoverished south arrives at Fiat’s Mirafiori factory in Turin, where he finds himself in conflict with the bosses and the entire capitalist system.

We Want Everything_ A Novel – Nanni Balestrini.epub

We Want Everything_ A Novel – Nanni Balestrini.mobi

Let A Thousand Hands... is an extract translated from the novel La Violenza Illustrata (Einaudi, 1976). Using one of Balestrini’s favorite techniques, it is a montage of newspaper reports of the death of Mara Cagol, one of the founders of the Red Brigades. FIAT (1977) is a first-hand account of work (or its refusal) at the infamous FIAT plant in Turin, Italy.

Italy’s iconic revolutionary author offers a requiem for the rebels of 1968, of the Hot Autumn and the Creeping May, imagining ablackout like New York City’s famous moment of chaos and in this framework trying to understand the political events that led to the brutal repression and destruction of a generation. Ferocious, despairing, beautiful line by line, this book captures the era we cannot stop leaving.

From Franco ‘Bifo’ Berardi’s introduction:
If we want to understand the peculiarity of this enduring wave of social movements in Italy, reading the poems and the novels of Nanni Balestrini can be useful — even if Balestrini has never been a storyteller, or a chronicler of neorealist descent.

Instead, Nanni Balestrini is simultaneously the most radically formalist poet of the Italian scene and the most explicitly engaged in a political sense. He follows a methodology of composition that may be named recombination, as he is always recombining fragments taken from the ongoing public discourse (newspapers, leaflets, advertising, street voices, politician’s speeches, scientific texts, and so on). But simultaneously he is remixing those fragments in a rhythmic wave that reverberates with passions and expectations and rage.

…This double dimension is the defining feature of Balestrini’s poetics: formalism of the machine, and dynamism of the movement. Cold recombination of linguistic fragments, and hot emotionality of the rhythm. Although the event is hot, this poetical treatment transforms it into a verbal crystal, and the combination of verbal crystals gives way to the energy of a sort of a-pathetic emotion.

‘I Am Interested in Collective Characters’: An Interview With Nanni Balestrini

I’ve been an admirer of Nanni Balestrini for many years, ever since I first read The Unseen, a funny, strange, and devastating novel about Italy’s Movement of 1977. His 1971 novel, We Want Everything, has just been translated into English. In September, I finally met Balestrini—or, rather, he met me: He’d taken a taxi all the way to Fiumicino Airport, on the outskirts of Rome, to await my arrival. We made our way into the city and had lunch. Balestrini is 81 but looks about 60, and he’s more of a refined dandy and perfect gentleman than any anarcho-communist I’ve ever met. When I excitedly launched into a series of questions about his life in the movement, he said, “This is lunch, not a biographical study,” and worried about what kind of wine to order. Everything in its place.

RK: I wanted to ask how you built the voice that appears in We Want Everything. I know The Unseen, for instance, is largely Sergio Bianchi’s story.

NB: We Want Everything is the story of a real person, Alfonso; he told me everything that’s in the book. He is a collective character, in the sense that in those years, thousands of people like him experienced the same things and had the same ideas and the same behaviors. It’s for this reason that he has no name in the book. I am interested in collective characters like the protagonist in The Unseen. I think that unlike what happens in the bourgeois novel—which is based on the individual and his personal struggle within a society—the collective character struggles politically, together with others like him, in order to transform society. Thus his own story becomes an epic story.

RK: With Alfonso, you seem to have hit the jackpot in terms of these thousands that you talk about who migrated from the South, went to Fiat, worked, revolted… he’s incredibly funny and insightful. Can you recount a bit about how you met him?

NB: You’re trying to get me to give Alfonso his individuality back, to break him out of his collective figure. I really can’t respond to questions like that.

RK: I’m assuming you were attending meetings, protesting outside the factory gates, talking to workers, inquiring about their conditions and lives?

NB: As is the case with a lot of the comrades who participated in the 1970s movement, the great workers’ struggles were at the center of our activism. That is how I knew about the Fiat struggle that’s talked about in the book—I followed it at close quarters; I lived it together with the protagonists. It was something that I saw and experienced.

RK: Today, particularly in the United States, there is a growing interest in the women’s movement that was starting to take form just after the “Hot Autumn” of 1969, and in particular much talk about Lotta Femminista and Maria Dalla Costa’s The Power of Women and the Subversion of the Community. Looking back from this vantage point, would you have anticipated that the ideas emerging from Italian feminism would be such a lasting achievement from that era? Perhaps because the factory is essentially gone, but the family remains, for better or worse.

NB: The factory has not disappeared; it has just lost its centrality to society by way of automation. For feminism, as for communism, the stages through which the bases of great social transformations are realized cannot be moved through rapidly. That’s always a vain hope. It takes long periods—generations, if not centuries. But it is important that there is a tendency that way which is maintained despite the halts, reverses, and backward steps.

RK: You were a fugitive, then an exile. Now you again live in Italy. Autonomia, an era that you documented so critically, has seen a resurgence of interest among leftists. Do you tend to think much of the past?

NB: I consider myself lucky to have been through an extraordinary and happy period. It would be senseless to search that period for something that could be applied politically in a radically different situation like the one we’re living in 40 years later. Everything is different; everything has changed. That period bequeaths us only an imperative: that we need to change the world, and that this is possible, necessary, and urgent—even if we don’t immediately manage to realize it as we’d like.