Theory of Crisis and the Problem of Constitution (Marramao, 1975)

1.
It is still widely held that the theory of the crisis and collapse of the capitalist system is inherited from the positivist deformation of the “Marxism of the Second International,” and that it thus implies ideological support for reformist politics. Ten years ago, Raniero Panzieri wrote: “As a matter of fact, Marxist thought since Marx has recognized the appearance of a ‘turn’ in the system with the development of monopoly capitalism and of imperialism around the 1870s (which today appears to us as a transitional period in relation to the ‘turn’ that began in the 1930s and is now being completed). But the analysis and description of the phase following that turn was immediately framed in terms of laws that such a phase tended to overcome. Thus, it was interpreted as a ‘final phase’.”[1] And, in a note, he added: “The mythology of the ‘last stage’ of capitalism exists with differing, even opposite, ideological functions both in Lenin and in Kautsky: in Lenin, to ‘legitimize’ the breakdown of the system at the less advanced points of its development; in Kautsky, to sanction the reformist postponement of revolutionary action until the ‘correct time.’ Since the 1917 revolution failed to consolidate itself with revolutions in more advanced countries, it fell back on objectives immediately realizable within Russia’s level of development. This would-be explanation of the possible presence of capitalist social relations in planning (a shortcoming remaining in the whole development of Leninist thought) will later facilitate the repetition, whether in the factories or in total social production, of capitalist forms behind the ideological screen of identifying socialism with planning and the possibility of ‘socialism in one country’.”[2]

END_OF_DOCUMENT_TOKEN_TO_BE_REPLACED

Critical Theory as Radical Crisis Theory: Kurz, Krisis, and Exit! on Value Theory, the Crisis, and the Breakdown of Capitalism 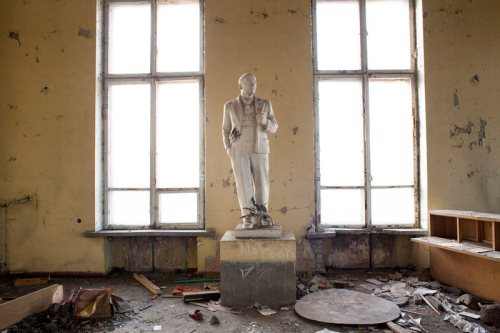 The essay introduces the work of Robert Kurz and the somewhat marginalized species of value critique that he is associated with: Wertkritik. On the basis of a critical historiographical account of the “New Marx Reading,” it argues that the theoretical and political differences between Wertkritik and other value-critical currents cannot be glossed over or dismissed as mere territorial strife but must instead be understood as an expression of a more fundamental disagreement about the nature of capitalism and the role of “critique,” the distinctive feature of course being the insistence on a proper theory of crisis. The essay presents Kurz’s particular version of Wertkritik but argues against his abandonment of the notion of class struggle and proposes to supplement Kurz’s analysis with Théorie Communiste’s more historically grounded analysis of the present period of capital.