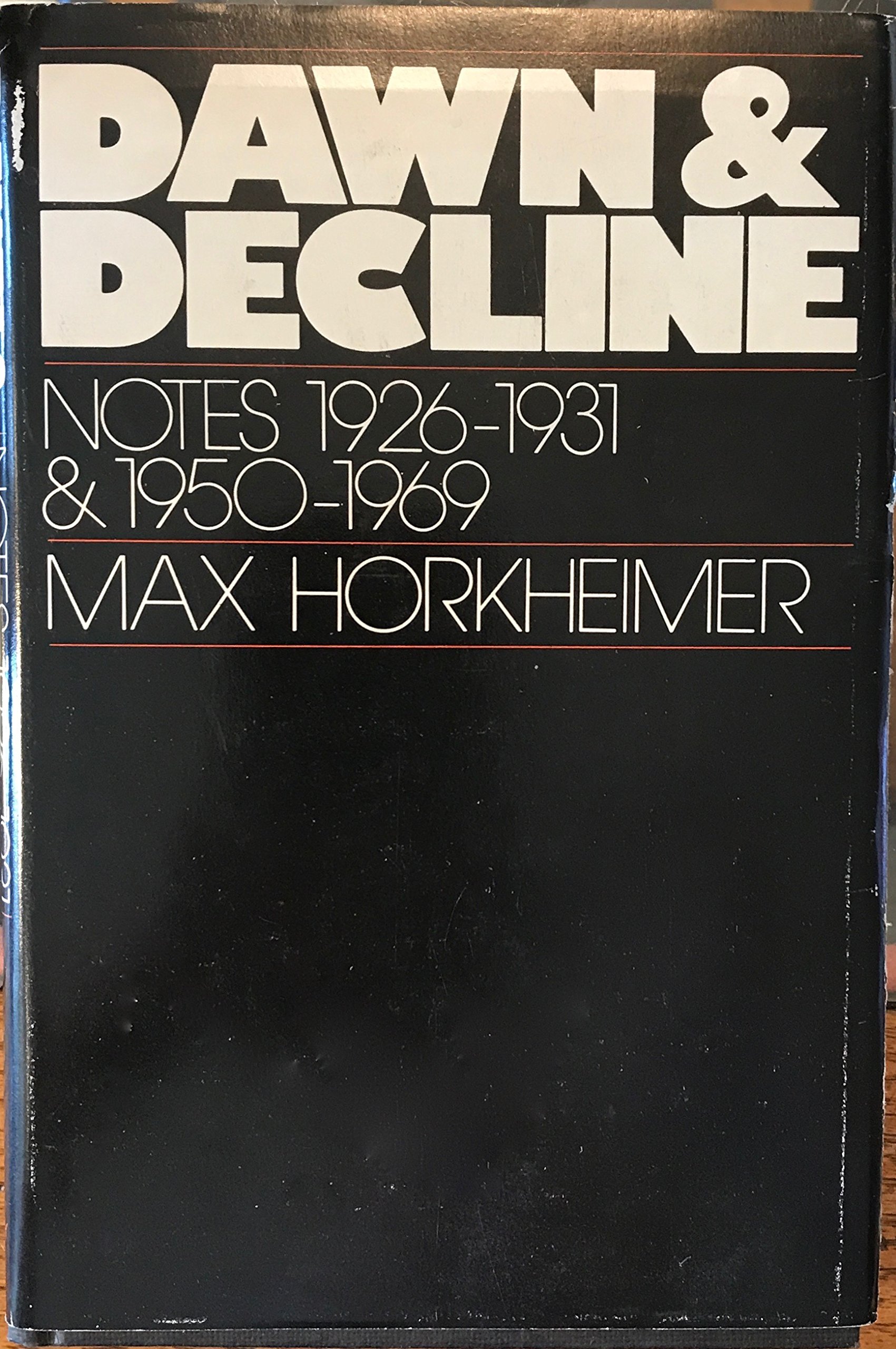 Dusk: The less stable necessary ideologies are, the more cruel the methods by which they are protected. The degree of zeal and terror with which tottering idols are defended shows how far dusk has already advanced. With the development of large-scale industry, the intelligence of the European masses has grown so greatly that the most sacred possessions must be protected from it. To do this well means to be embarked on a career. Woe to the man who tells the truth in simple terms. There is not only the general, systematicaly engineered brainwashing but the threat of economic ruin, social ostracism, the penitentiary and death to deter reason from attacking the key conceptual techniques of domination. The imperialism of the great European states need not envy the Middle Ages for its stakes. Its symbols are protected by more sophisticated instruments and more fear-inspiring guards than the saints of the medieval church. The enemies of the Inquisition turned that dusk into the dawning of a new day. Nor does the dusk of capitalism have to usher in the night of mankind although today it certainly seems to be threatening it.