Class in the 21st century: Asset inflation and the new logic of inequality 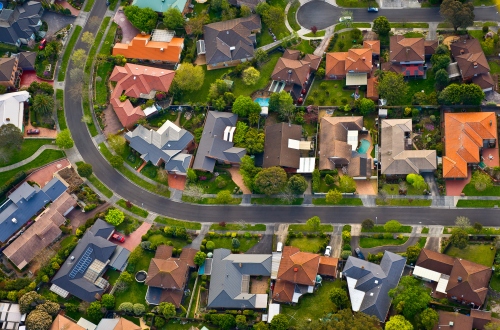 What becomes of class when residential property prices in major cities around the world accrue more income in a year than the average wage worker? This paper investigates the dynamic of combined wage disinflation and asset price inflation as a key to understanding the growth of inequality in recent decades. Taking the city of Sydney, Australia, as exemplary of a dynamic that has unfolded across the Anglo-American economies, it explains how residential property was constructed as a financial asset and how government policies helped to generate the phenomenal house price inflation and unequal capital gains of recent years. Proceeding in close conversation with Thomas Piketty’s work on inequality and recent sociological contributions to the question of class, we argue that employment and wage-based taxonomies of class are no longer adequate for understanding a process of stratification in which capital gains, capital income and intergenerational transfers are preeminent. We conclude the paper by outlining a new asset-based class taxonomy which we intend to specify further in subsequent work.

END_OF_DOCUMENT_TOKEN_TO_BE_REPLACED

Contribution to the Rupture in Progress

The following text appeared December 6th on the French platform lundimatin; they describe it as the best sociological and political analysis to date on the yellow vest movement. Although we are no more optimistic about the “non-ideological” character of the first phase of the yellow vest phenomenon than we are about the antiquated methods of organization it supplanted, the movement itself has become a battleground to determine what form the next wave of opposition to neoliberal austerity will assume—and no one can afford to stand aside. This text concludes with a cool-headed appraisal of the risks and possibilities before the gilets jaunes and all who will follow in their wake.

END_OF_DOCUMENT_TOKEN_TO_BE_REPLACED

How to change the course of human history (at least, the part that’s already happened) 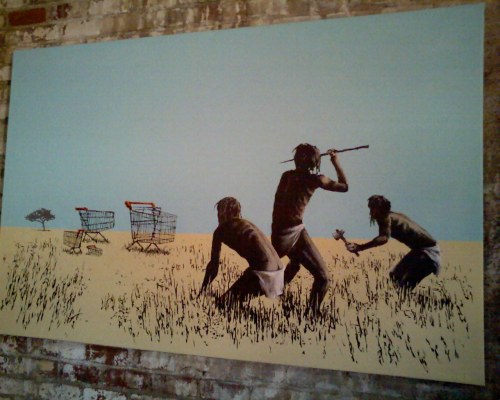 The story we have been telling ourselves about our origins is wrong, and perpetuates the idea of inevitable social inequality. David Graeber and David Wengrow ask why the myth of ‘agricultural revolution’ remains so persistent, and argue that there is a whole lot more we can learn from our ancestors.

1. In the beginning was the word

For centuries, we have been telling ourselves a simple story about the origins of social inequality. For most of their history, humans lived in tiny egalitarian bands of hunter-gatherers. Then came farming, which brought with it private property, and then the rise of cities which meant the emergence of civilization properly speaking. Civilization meant many bad things (wars, taxes, bureaucracy, patriarchy, slavery…) but also made possible written literature, science, philosophy, and most other great human achievements.

Almost everyone knows this story in its broadest outlines. Since at least the days of Jean-Jacques Rousseau, it has framed what we think the overall shape and direction of human history to be. This is important because the narrative also defines our sense of political possibility. Most see civilization, hence inequality, as a tragic necessity. Some dream of returning to a past utopia, of finding an industrial equivalent to ‘primitive communism’, or even, in extreme cases, of destroying everything, and going back to being foragers again. But no one challenges the basic structure of the story.

There is a fundamental problem with this narrative.

The Political Economy of Anti-Racism

This essay originated as a kind of stump speech, an effort to spell out and update an argument about the uses of anti-racism and anti-discrimination that I’ve been making for some time to audiences that might or might not be familiar with it. The idea of publishing some version of it in conjunction with Adolph Reed’s piece was Adolph’s, and the proposed venue was the left journal Jacobin; it would be, as Adolph endearingly put it, “a nicely affirmative statement about where the magazine stood on the left v. identitarianism debates.” But, although some Jacobin editors expressed interest, the idea came almost instantaneously to naught. A preliminary edit of Adolph’s piece—cutting it in half and leaving out material that he thought was crucial—made him decide to withdraw it. And, truthfully, I had been from the start skeptical. First, because—although we both respect Jacobin and have both published in it before—I was a little less sanguine about the magazine’s desire actually to make any kind of statement about where it stood on the left v. identitarian issue. And, second, because part of my argument (as suggested below in a photo taken at a talk I gave at U.C. Riverside) involves a critique of the role played by elite universities in (to borrow a phrase from Adolph’s and Willie Legette’s note on V.O. Key) “suppressing working-class politics in the service of both black and white political elites.” But, of course, both the students at schools like the ones on my list and the more-or-less recent graduates of such schools make up a significant portion of Jacobin’s readership; why would Jacobin want to publish an attack on its audience?

END_OF_DOCUMENT_TOKEN_TO_BE_REPLACED 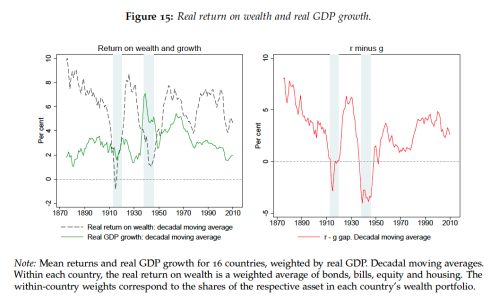 This paper answers fundamental questions that have preoccupied modern economic thought since the 18th century. What is the aggregate real rate of return in the economy? Is it higher than the growth rate of the economy and, if so, by how much? Is there a tendency for returns to fall in the long-run? Which particular assets have the highest long-run returns? We answer these questions on the basis of a new and comprehensive dataset for all major asset classes, including—for the first time—total returns to the largest, but oft ignored, component of household wealth, housing. The annual data on total returns for equity, housing, bonds, and bills cover 16 advanced economies from 1870 to 2015, and our new evidence reveals many new insights and puzzles.

The Myth of ‘Cultural Appropriation’

Even our own stories don’t belong to us

Vanessa Place, Kenny Goldsmith, Kelley Walker, Dana Schutz, Sam Durant — these are all white people who in the recent past have made what they intended to be politically transgressive art, and succeeded. But not in the way they were hoping for. Dana Schutz’s painting of the dead Emmett Till was not meant to insult Till’s memory. Sam Durant’s “Scaffold,” a sculpture critiquing the execution by hanging of, among others, 38 Native Americans, was meant as just that — a critique. The point of all these works was resolutely antiracist.

Indeed, if one were to criticize them as political art, it would not be for expressing controversial positions. Just the opposite: Among the visitors to the Whitney Biennial or the Walker Art Center, the antiracism to which all these artists are committed is almost uncontested, and their politics could more plausibly be characterized as anodyne than outrageous.

So what got them in trouble? It wasn’t a belief in white supremacy; it was their embodiment of white privilege, the privilege that enabled them to treat something that didn’t belong to them as if it did. “Not Your Story” read a sign at the Walker Art Center, in Minneapolis, protesting “Scaffold.” “The subject matter is not Schutz’s,” wrote Hannah Black in her open letter to the curators of the Whitney Biennial. The idea here is that when white artists seek to “imagine other peoples, other cultures, other identities,” as Hal Niedzvicki (a former editor of the journal of the Canadian Writers Union) recently urged all writers to do, what they’re really doing is less imagining other cultures than stealing from them. And, as the Equity Task Force of that same union put it in protest of Niedzvicki’s editorial: “The theft of voice, stories, culture, and identity are part of a long-standing settler agenda for cultural genocide and cannot be treated lightly.”

END_OF_DOCUMENT_TOKEN_TO_BE_REPLACED

The current hard times have been harder on some people than on others, harder on the poor—obviously—than on the rich; but harder also on blacks and Hispanics than on whites. As of this writing, the unemployment rate for blacks is at 15.6 percent, and for Hispanics it’s at 12.7 percent. For white people, it’s 9.3 percent. 1

Of course, the vast majority of the unemployed are white. But it’s the disparity in rates, not in absolute numbers, that tends to get foregrounded, since that disparity functions not only as a measure of suffering but also, in William A. Garity’s concise summary, as “an index of discrimination in our society.” 2

And it’s the ongoing fact of discrimination that motivates our ongoing interest in identity politics. As long as inequality is apportioned by identity, we will be concerned with identity.

This is obviously both inevitable and appropriate. But it is also—and almost as obviously—irrelevant to a left politics, or even to the goal of reducing unemployment, as we can see just by imagining what it would be like if we finally did manage to get rid of discrimination. Suppose, for example, that unemployment for whites and for Asian-Americans were to rise to 10 percent while for blacks and Hispanics it fell to 10 percent. Or suppose that unemployment for everyone went to 15 percent. In both cases, we would have eliminated the racial disparity in unemployment rates, but in neither case would we have eliminated any unemployment. And we don’t even need hypotheticals to make the point. About three quarters of the job losers in the current recession have been men, which means that the numbers of men and women in the workforce are now roughly equal. So, from the standpoint of gender equity, the recession has actually been a good thing. It’s as if, unable to create more jobs for women, we’d hit upon the strategy of eliminating lots of the jobs for men—another victory for feminism and for anti-discrimination since, from the standpoint of anti-discrimination, the question of how many people are unemployed is completely irrelevant. What matters is only that, however many there are, their unemployment is properly proportioned.

END_OF_DOCUMENT_TOKEN_TO_BE_REPLACED 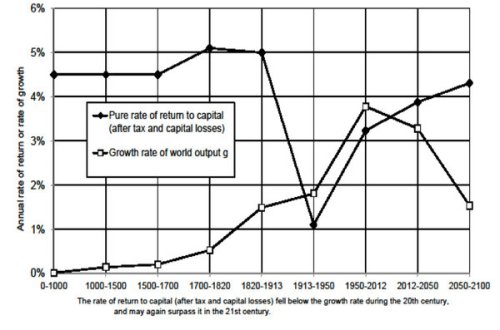 It seems like economists are starting to realize that capitalism exists. This is an improvement from the past. We should welcome this  discovery.

An economic historian named Thomas Piketty will release a book in English this year called Capital in the 21st century (slideshow version here). In it, he argues that  the normal state of capitalism is inequality, growing inequality. He shows this with graphs and history. Such inequality was blocked for six decades of the 20th century only due to massive wars. In the 21st century, the inequality, which is now at pre-World War 1 levels,  will cause “severe social disruption” unless a simultaneous, uniform global tax on capital occurs. Since Piketty thinks that this will not occur, the picture is bleak. For Marx, he thinks the solution was the following:

Piketty is not a communist, and so he thinks we should rather try to figure out something nicer to do than revolution. Like a tax. A big tax.

Such great premises, such weak conclusions.