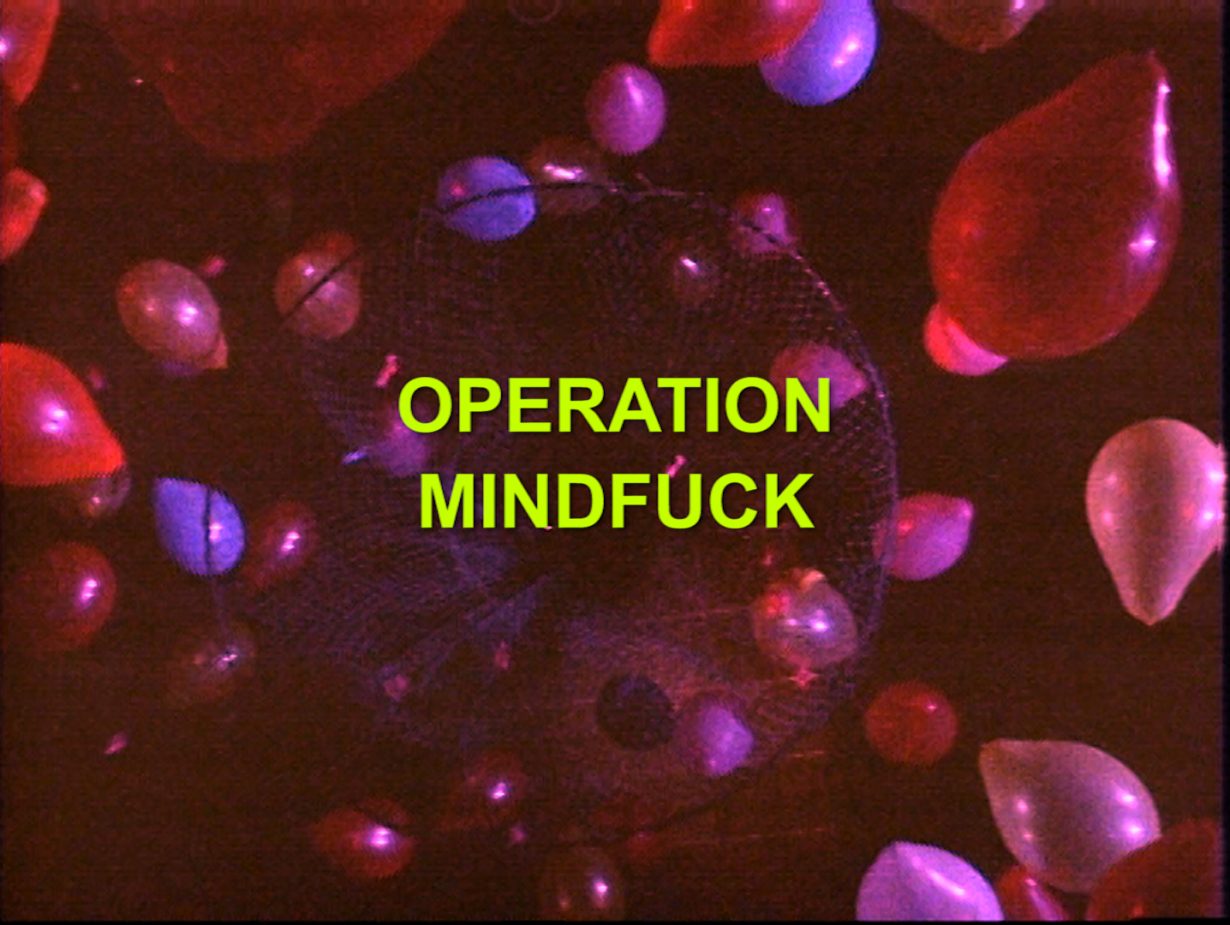 Can’t Get You Out of My Head: An Emotional History of the Modern World is a six-part series that explores how modern society has arrived to the strange place it is today. The series traverses themes of love, power, money, corruption, the ghosts of empire, the history of China, opium and opioids, the strange roots of modern conspiracy theories, and the history of Artificial Intelligence and surveillance. The series deals with the rise of individualism and populism throughout history, and the failures of a wide range of resistance movements throughout time and various countries, pointing to how revolution has been subsumed in various ways by spectacle and culture, because of the way power has been forgotten or given away. Adam Curtis, 2021

END_OF_DOCUMENT_TOKEN_TO_BE_REPLACED

Brexit and other disasters: A public meeting with Tony Norfield

The recent election of Donald Trump has sent shockwaves across the world. And while debates are still raging over the exact reasons that allowed Trump to win, the reactions to his victory show that very few people (maybe even among his supporters) expected him to win. In reality the signs that Trump stood a really good chance to emerge victorious in the US elections were there for those who cared to notice. But they were not confined to developments within the United States. Trump seems to ride the wave of a global trend towards authoritarian right-wing populism expressed in different countries such as Russia, Turkey, the Philippines, Hungary or Poland. But perhaps the “closest-to-home” expression of this tendency was the June 2016 referendum in the UK, in which a majority voted to leave the European Union.

The Brexit vote has also puzzled mainstream commentators, and this is no accident. From the perspective of the elites that have been managing the capitalist world (almost undisputed) in the last 30 years, the result was not only inexplicable but also tremendously destructive. For a large part of the capitalist class and its political representatives Brexit and its prospects (especially in relation to the City of London and its global significance) was nothing short of an economic disaster.

The UK had, after all, always enjoyed a special relation to the European Union, benefiting in many ways from its advantages without however carrying the burden of most of its structural problems. Away from the constraints of the monetary union, selective in its application of work and environmental regulations, the UK enjoyed what many saw an almost ideal relationship to the EU. Nonetheless, a majority opted to break away from this.

A number of questions immediately arise: what was the rationale behind the decision to hold the referendum, especially considering that most capitalists and politicians saw it clearly as a threat to their interests? How was it possible that the Leave vote won, when even those who represented it did not see it as a possibility? Does the overwhelming working class vote for Brexit represent a deepening of racist and anti-immigrant sentiments, or were there other considerations at stake? Finally, what could the future outside the EU look like for the UK, for its Finance sector, for Europe?

The Marxist economist Tony Norfield worked in the City’s dealing rooms for almost 20 years. Recently he published a book on the role of finance in the global economy (“The City: London and the Global Power of Finance, 2016). Since 5 years he has run a blog, Economics of Imperialism.

[The meeting will be held in English]

END_OF_DOCUMENT_TOKEN_TO_BE_REPLACED

The financial system accentuates all the absurdities of capitalism, but it does this in a way that can make finance appear to be separate from the capitalist economy, rather than an inevitable outgrowth from it. Almost every observer of capitalism makes a distinction between the ‘real’ and the ‘financial’ economy. Even those who would claim to be anti-capitalist often advocate policies to save the capitalist economy from the vagaries of disruptive financial markets.

A division between a ‘real’ and a ‘financial’ economy can seem to make sense, especially given the extravagant rewards of financiers who seem to perform no function other than to boost their own incomes and wealth. A closer look at how the capitalist economy works, though, throws a very different light on what is happening. We need to recognise that the global economy is dominated by a small number of countries and their corporations – and that the financial system is a means by which they maintain their privileged status in the world. . . [read more]

An empirically heavy mind-game for the debate on working class strategy: First steps in a six-month revolutionary transition period in the UK region

We’ve written a few texts on ‘revolutionary strategy’ before, focusing on the relationship between workers’ existence within the social production process, experiences of day-to-day struggles and the possibility of a wider working class movement – termed by others as a ‘social strike’. [1] While we maintain that we will only be able to make fruitful organisational proposals through an analysis of the concrete day-to-day struggles of our class, we think that it can’t do any harm to discuss what we think a revolutionary situation in the 21st century could look like. Thinking about tomorrow might make clearer our view on today.

We are not alone in this. Since the uprisings in 2010/11 (‘Arab Spring’ etc.) and the general upsurge in social movements and global strike waves in the last ten years or so, the radical and not so radical left have had a lot of discussions about transitions, post-capitalism, social strikes or the era of riots and coming insurrections. In this text we will briefly engage with some of the main ideas that have been put forward in these recent analyses of revolution and fundamental social change. We do this to point out some limitations to these theories, as well as to draw out their political implications. The two main camps we look at here are, unsurprisingly, given the title, that of those in the radical milieu who favour an insurrectionist approach to political action (riots on the streets, spontaneous proletarian action, or that done by those on the margins, the so-called ‘surplus population’) and those that tend to concentrate on workers at the point of production and their collective power but who maybe don’t relate this to a wider view on general proletarian impoverishment and other areas of life and struggle. We put forward our perspective that tries to move beyond the traditional insurrectionist and syndicalist approaches to think in less abstract ways about what a communist revolution would actually entail. To this end, the main part of the text consists of an empirical study of what we term the ‘essential industries’ in the UK region, which comprise roughly 13 million workers. We think this will be the backbone of our strength in the revolutionary transition period in order to reproduce ourselves while the counter-revolutionary forces try and crush us. While this seems like a bit of a flight into the idealistic, unknown future, we think that reconsidering the relationship between proletarian violence, insurrection and production on the level of 21st century class composition will help ground our current practical political orientation. This at a time of general political disorientation (of which we see Corbyn-mania as an obvious sign!) in the wake of defeats and containment of the upsurges we have experienced and witnessed around the world in recent years. In short, we hope that in the course of the following text we put some basic assumptions about a communist revolution into a more concrete context. We try and do this in seven steps by looking at:

a) the reality of recent struggles with a brief review of the 2010/11 uprisings from a revolutionary perspective
b) the revolutionary essence of capitalism: short remarks on the debate about ‘surplus population’ (riots) vs. ‘global working class’ (global production) to tackle the question of what capitalism’s main revolutionary contradictions are
c) the material (regional) divisions within the working class: some thoughts on the impact of uneven development on how workers experience impoverishment and their productive power differently
d) the regional backbone of insurrection: empirical material about the structure of essential industries in the UK region
e) whether anyone can say ‘communism?’: brief conclusions on revolutionary transition
f) the basic steps of organising revolution: what would a working class revolution have to achieve within the first months of its existence
g) revolutionary organisation. Here we propose that this perspective on ‘revolution tomorrow’ does not leave us untouched today, for it asks for certain organisational efforts in the here and now. We sketch out what those could be.

END_OF_DOCUMENT_TOKEN_TO_BE_REPLACED

What explains the desperation of British capitalism and Conservative Party in the lead up to the Brexit referendum on 23 June? Opinion polls have shifted in favour of a Leave vote and, while the accuracy of the polls is always in doubt, a shift towards Leave seems evident from widespread vox pop views in the media, in the panic of the Remain camp and in the financial market setbacks for sterling’s exchange rate. Equity markets have also been hit, and not just in the UK. As a sign of desperation, the Remain camp has even called upon the Labour Party’s lumbering has-been, Gordon Brown, to add his weight to what looks like a failing balance. Her Majesty has so far been allowed to stay above the dispute, just about. One can imagine that if the polls get any worse for Remain, then Downing Street could try to prompt a Royal appeal to her loyal subjects to do the right thing. Where has this revolt of popular sentiment come from?

My previous coverage of the Brexit referendum has focused on the situation facing the British ruling class in a world where its economic and political interests are clearly bound up with Europe, but where there has been a minority view that an alternative is possible ‘outside’, especially in a context of European economic crisis. But the significant support for Leave shows that this has underestimated a key point. What might otherwise be considered simply as popular disgruntlement with political elites – ‘vote Leave to teach them a lesson’ – is better explained as a widespread view that these elites have broken their pact with the people. The ‘Leave’ support, however disruptive it might be to existing power structures, is based on an appeal to the British state to restore the status quo ante. To understand this point, it needs to be put in context, one that will also confirm that this is not a debate in which one can take sides.