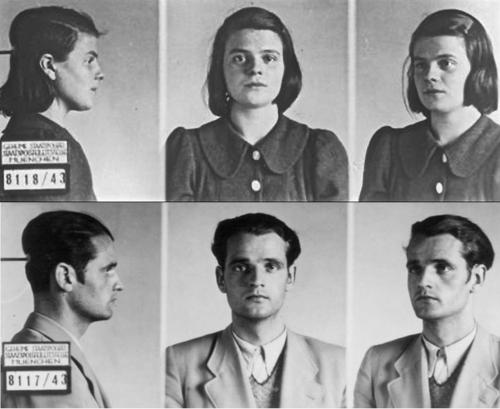 All the leaflets published by the White Rose group of anti-fascists in Germany, including other documents and texts related to the group. [source: Libcom]

The first leaflet of the German anti-Nazi group the White Rose, produced in June 1942.

Nothing is so unworthy of a civilised nation as allowing itself to be governed without opposition by an irresponsible clique that has yielded to base instinct. It is certain that today every honest German is ashamed of his government.

END_OF_DOCUMENT_TOKEN_TO_BE_REPLACED

The Apocalypse That Threatens

I grew up around adults who had made it through the Second World War—by leaving Europe in time, evading or refusing the draft in the United States, or by being among the lucky ones to survive a spell in a concentration camp. Many of these people expected a new world war in the 1950s, given the fierceness of the U.S.-U.S.S.R. rivalry, and were particularly apprehensive of a coming nuclear holocaust. Later, I met people who had left Europe for South America to be safer from radioactive fallout when the war came, and others who thought of moving—or actually emigrated—to Australia for the same reason.

As it turned out, the expected nuclear conflict between the great powers did not take place. Instead we had—developing out of the anti-colonial wars of national liberation that followed World War II—a series of murderous proxy wars in Asia, Africa, and Central America, in which local conflicts were provoked or magnified by big-power involvement. The collapse of the Soviet Union in 1989 led to an apparent diminution of the threat of superpower mutual assured destruction, although both Russia and America continued to maintain fleets of planes, ships, and missiles armed with nuclear weapons, while the number of nuclear powers expanded. War continued on the periphery of the economically developed areas, as ethnically oriented forces fought to reorganize control of the Balkans, Central Africa, and various Asian countries, while what amounted to army-sized gangs fought over control of natural resources—diamonds and other minerals, oil, grazing land—in Africa and drug routes in Central and South America.