The Limits of Utopia

The Intergovernmental Panel on Climate Change (IPCC) demands a shift in our emissions by a third to avoid utter disaster. KPMG, in the leaden chattiness of corporate powerpoint-ese, sees the same horizon. NASA part-funds a report warning that systemic civilizational collapse ‘is difficult to avoid.’

We may quibble with the models, but not that the end of everything is right out there, for everyone to discuss.

The stench and blare of poisoned cities, lugubrious underground bunkers, ash landscapes… Worseness is the bad conscience of betterness, dystopias rebukes integral to the utopian tradition. We hanker and warn, our best dreams and our worst standing together against our waking.

END_OF_DOCUMENT_TOKEN_TO_BE_REPLACED

Marcuse’s book renews the endeavor to read Marx into Freud. Previous attempts, by Reich and Osborn for instance, failed miserably. Instead of overcoming a bewailed inertia, Reich’s theories hardly sufficed to sustain a ridiculous private racket. Osborn’s work, a product of the Stalinist popular-front period, designed to attract the petty bourgeois, was soon forgotten by both the Western petty-bourgeoisie and the bolshevik regime. Psychoanalysis did not become part of, or a new basis for, a radical doctrine but merely a way of transferring money from the analyzed many to the analyzing few. By providing a new terminology for the various social “ills,” the ideological inertia, as part of the general inertia of capital stagnation, could at least verbally be ended. The re-interpretation in psychoanalytical terms affected all and everything; literature, the arts, the social sciences and politics. Psychoanalysis, moreover, became an independent branch of social activity developing vested interests of its own. Once installed, it perpetuated itself in competition with other ideological instrumentalities by continuously re-creating “demand” for its services through the discovery of new and more “ills” falling into its domain. It is now part and parcel of the prevailing social structure which commercializes all ideas and makes a business out of tangibles and intangibles alike.

END_OF_DOCUMENT_TOKEN_TO_BE_REPLACED

The Political Economy of Anti-Racism 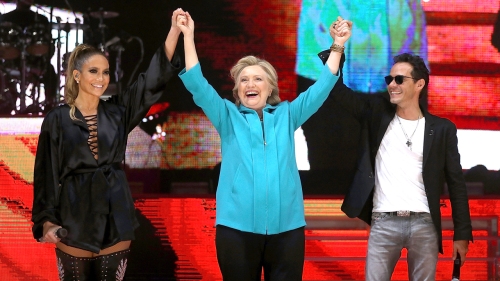 This essay originated as a kind of stump speech, an effort to spell out and update an argument about the uses of anti-racism and anti-discrimination that I’ve been making for some time to audiences that might or might not be familiar with it. The idea of publishing some version of it in conjunction with Adolph Reed’s piece was Adolph’s, and the proposed venue was the left journal Jacobin; it would be, as Adolph endearingly put it, “a nicely affirmative statement about where the magazine stood on the left v. identitarianism debates.” But, although some Jacobin editors expressed interest, the idea came almost instantaneously to naught. A preliminary edit of Adolph’s piece—cutting it in half and leaving out material that he thought was crucial—made him decide to withdraw it. And, truthfully, I had been from the start skeptical. First, because—although we both respect Jacobin and have both published in it before—I was a little less sanguine about the magazine’s desire actually to make any kind of statement about where it stood on the left v. identitarian issue. And, second, because part of my argument (as suggested below in a photo taken at a talk I gave at U.C. Riverside) involves a critique of the role played by elite universities in (to borrow a phrase from Adolph’s and Willie Legette’s note on V.O. Key) “suppressing working-class politics in the service of both black and white political elites.” But, of course, both the students at schools like the ones on my list and the more-or-less recent graduates of such schools make up a significant portion of Jacobin’s readership; why would Jacobin want to publish an attack on its audience?

END_OF_DOCUMENT_TOKEN_TO_BE_REPLACED

Indiana Jones and the Temple of Doom: The return of the repressed (Postone)

by Moishe Postone and Elizabeth Traube (1985)

George Lucas and Steven Spielberg have emerged in recent years as masters of Hollywood entertainment cinema. They specialize in slick, technically sophisticated science fiction and adventure films, modeled on the popular culture of the 1930s and 1940s and promising a way to recover the innocent pleasures of childhood movie-viewing. Yet Lucas and Spielberg’s high-tech, traditionalist mythology lacks innocence, and this is nowhere so apparent as in their latest blockbuster, INDIANA JONES AND THE TEMPLE OF DOOM.

END_OF_DOCUMENT_TOKEN_TO_BE_REPLACED

On the Concept of Beauty (Adorno)

It is my intention to introduce the consideration of the central aesthetic concept, namely the concept of beauty, by discussing one of the first major texts to contain something like a theory of beauty. The text in question is a section from Plato’s Phaedrus, approximately chapters 30 to 32 according to the famous Stephanus pagination. (1)

Now, you could say first of all that it is rather strange to begin an examination of the concept of beauty by drawing on a passage of a somewhat mythological, dogmatic and certainly pre-critical character such as this one by Plato. I have chosen this passage because it demonstrates that Plato was a philosopher after all, not a mythologist; that is, all of the decisive motifs which later appear in the philosophical theory of beauty are collected in this exegesis, somewhat akin to the way that, in the introductions to certain great symphonies, the most important themes are present as if under glass and are then developed in the course of the symphony itself. So I can here present to you in statu nascendi, as it were in an almost prehistoric form, the motifs that dominate the discussion of the concept of beauty.

END_OF_DOCUMENT_TOKEN_TO_BE_REPLACED

The new millennium has seen the revival of a growing interest in operaismo as testified by the republication not only of histories, but also of some classic texts. These latter have until recently been impossible to find, either because their print run was long exhausted, or else had been sent to be pulped at the end of the seventies. The international success of Michael Hardt and Toni Negri’s book Empire, which has been translated into many languages, has contributed to this revival of interest. Empire came out in 2000, not long after the mass challenge to the WTO in Seattle of November 1999, followed in turn by the blockades of the WEF summit in Melbourne of September 2000, of the World Bank in Prague the same month, and then the G8 counter-summit in Genoa of 2001. Throughout the nineties, too, there had been uprisings linked to price hikes for food and against the overwhelming power of the IMF.

END_OF_DOCUMENT_TOKEN_TO_BE_REPLACED

It seems to me not unnecessary to keep on reminding students of the far-reaching changes which psycho-analytic technique has undergone since its first beginnings. In its first phase – that of Breuer’s catharsis – it consisted in bringing directly into focus the moment at which the symptom was formed, and in persistently endeavouring to reproduce the mental processes involved in that situation, in order to direct their discharge along the path of conscious activity. Remembering and abreacting, with the help of the hypnotic state, were what was at that time aimed at. Next, when hypnosis had been given up, the task became one of discovering from the patient’s free associations what he failed to remember. The resistance was to be circumvented by the work of interpretation and by making its results known to the patient. The situations which had given rise to the formation of the symptom and the other situations which lay behind the moment at which the illness broke out retained their place as the focus of interest; but the element of abreaction receded into the background and seemed to be replaced by the expenditure of work which the patient had to make in being obliged to overcome his criticism of his free associations, in accordance with the fundamental rule of psycho-analysis. Finally, there was evolved the consistent technique used today, in which the analyst gives up the attempt to bring a particular moment or problem into focus. He contents himself with studying whatever is present for the time being on the surface of the patient’s mind, and he employs the art of interpretation mainly for the purpose of recognizing the resistances which appear there, and making them conscious to the patient. From this there results a new sort of division of labour: the doctor uncovers the resistances which are unknown to the patient; when these have been got the better of, the patient often relates the forgotten situations and connections without any difficulty. The aim of these different techniques has, of course, remained the same. Descriptively speaking, it is to fill in gaps in memory; dynamically speaking, it is to overcome resistances due to repression.

END_OF_DOCUMENT_TOKEN_TO_BE_REPLACED 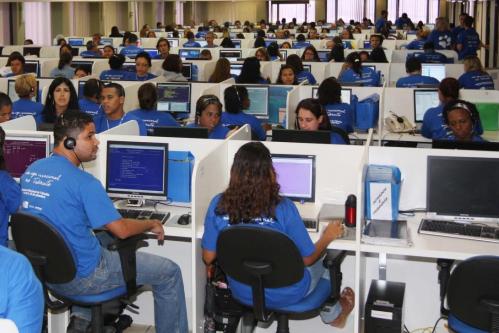 END_OF_DOCUMENT_TOKEN_TO_BE_REPLACED

“That’s a strange suit you have on,” the robot pubtrans driver observed. It slid back its door and came to rest at the curb. “What are the little round things?”

“Those are buttons,” George Miller explained. “They are partly functional, partly ornamental. This is an archaic suit of the twentieth century. I wear it because of the nature of my employment.”

He paid the robot, grabbed up his briefcase, and hurried along the ramp to the History Agency. The main building was already open for the day; robed men and women wandered everywhere. Miller entered a PRIVATE lift, squeezed between two immense controllers from the pre-Christian division, and in a moment was on his way to his own level, the Middle Twentieth Century.

“Gorning,” he murmured, as Controller Fleming met him at the atomic engine exhibit.

“Gorning,” Fleming responded brusquely. “Look here, Miller. Let’s have this out once and for all. What if everyone dressed like you? The Government sets up strict rules for dress. Can’t you forget your damn anachronisms once in a while? What in God’s name is that thing in your hand? It looks like a squashed Jurassic lizard.”