A Party of Autonomy?

Autonomia operaia is a party, from the phenomenal, organisational and structural point of view—Judge Pietro Calogero (La Repubblica 1979: 120).

This chapter seeks to explore, in a critical manner, the debate over the party-form played out within and around the groups of Autonomia Operaia during the late seventies, when that area of revolutionary politics was briefly the dominant force within the Italian far left. Having assumed a leading role during the initial stages of 1977’s ‘strange movement of strange students’ (Lerner, Manconi & Sinibaldi 1978), Italian autonomists finally found a mass audience for their debate around the meaning and purpose of political organisation. This was to be a many-sided discussion while it lasted, conducted not only between the various ‘micro-fractions’ (Scalzone 1978) that together claimed the label of Autonomia organizzata, but also with a range of critics ‘outside and on its borders’ (Martignoni & Morandini 1977).

END_OF_DOCUMENT_TOKEN_TO_BE_REPLACED

The concept of class has never remained a harmless concept for very long. Particularly when applied to human beings and their social conditions it has invariably displayed a peculiar explosiveness. The logician runs no risk in distinguishing “classes” of judgments or categories; the biologist need not worry about “classifying” the organisms with which he is concerned—but if the sociologist uses the concept of class he not only must carefully explain in which of its many meanings he wants it to be understood, but also must expect objections that are dictated less by scientific insight than by political prejudice. As Lipset and Bendix have stated: “Discussions of different theories of class are often academic substitutes for a real conflict over political orientations” (55, p. 150).

One might divide those interested in Socialism into two distinct camps: On the one hand, those farsighted thinkers who are seeking to determine from the facts of modern industrial organization just what the outcome is going to be; on the other hand, those who suffer from the present industrial situation and who are anxious that, whatever the broad outcome may be, at any rate the present suffering which they know so well shall be stopped.

It is this second class of social thinkers who are interested particularly in the Negro problem. They are saying that the plight of 10,000,000 human beings in the United States, predominantly of the working class, is so evil that it calls for much attention in any program of future social reform. This paper, however, is addressed not to this class, but rather to the class of theoretical Socialists; and its thesis is: In the Negro problem, as it presents itself in the United States, theoretical Socialism of the twentieth century meets a critical dilemma.

END_OF_DOCUMENT_TOKEN_TO_BE_REPLACED

Alexander Kojève, Introduction to the Reading of Hegel (1930s)

In other words, the bourgeois Worker presupposes–and conditions–an Entsagung, an Abnegation of human existence. Man transcends himself, surpasses himself, projects himself far away from himself by projecting himself onto the idea of private property, of Capital, which–while being the Property-owner’s own product–becomes independent of him and enslaves him just as the Master enslaved the Slave; with this difference, however, that the enslavement is now conscious and freely accepted by the Worker. (We see, by the way, that for Hegel, as for Marx, the central phenomenon of the bourgeois World is not the enslavement of the working man, of the poor bourgeois, by the rich bourgeois, but the enslavement of both by Capital.) However that may be, bourgeois existence presupposes, engenders, and nourishes Abnegation. Now it is precisely this Abnegation that reflects itself in the dualistic Christian ideology, while providing it with a new, specific, nonpagan content. It is the same Christian dualism that is found again in bourgeois existence: the opposition between the “legal Person,” the private Property-owner; and the man of flesh and blood; the existence of an ideal, transcendent World, represented in reality by Money, Capital, to which Man is supposed to devote his Actions, to sacrifice his sensual, biological Desires.

See also: The Black Circle: The Life of Alexander Kojève by Jeff Love (2018) 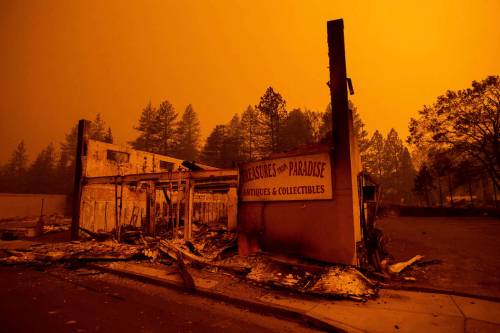 On the evening of October 22, 1844, a quiet and selective exodus took place in New England. Fifty thousand citizens left their homes for the last time, pulled out of doors and away from their neighbors as smoothly as a sharper’s hand draws an ace from a deck of cards. Here an entire family left their farm, its fields tangled from a summer of neglect; there, in a small town, a wheelwright or a cooper or a smith marshalled his children and wife toward the door, gave a moment’s pause at the bolt, then left the door ajar. No doubt in some homes only a few felt the im pulse: we can imagine an elder son standing alone at the door, wearing the sort of rude and handmade gown that all fifty thousand had been directed to sew in preparation, his purpose delayed for a moment by pity for those he could not convince. Then he moved on to join the others, the believers who gathered on a hilltop outside of town.